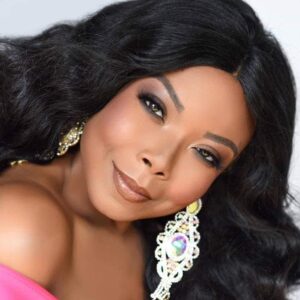 Candice Freeman is a diverse, extremely talented, and highly educated competitor in the pageantry world. Crowned, Miss Plus America 2017, Candice will be competing at the International pageant in July 2019. Her presence on the runway is not what makes her so intriguing. It is the moral behind her story.

More simply, it is who she is, her accomplishments, and her natural leadership ability. Candice has overcome her own struggle with self-image and has elevated to the quintessential embodiment of faith and grace. Her own journey will empower others, like her, to find and create their paths to success. Candice wishes to continue her journey and become a role model for her peers through speaking engagements, as a social media influencer, and evangelist of faith.